I have written previous articles about Saul criminals and it is time for an update as Findmypast has continued to issue new prison records. This article covers both new criminals and some updates on earlier ones.

Edward Saul, a seaman on board HMS Boscawen was tried on 29 December 1853 of stealing various items of clothing, the property of James Connor. [Ed: the transcription reads HMS Boscawer, but we think this is an error and it should be Boscawen] A newspaper report states that the victim, a fellow seaman, spent the night of 28 December 1853 sleeping in the same room as Edward Saul at the Five Bells, Rochester, Kent. The items in question were placed by the victim on a wash stand and in the morning these items were missing. On being taken into custody Saul was found to be in possession of one of these items, a neck tie. There were three similar indictments against Saul made by fellow messmates on board the Boscawen and Saul was found guilty on all four counts. Saul received a sentence of 3 months for each of the offences so received a sentence of 12 months in total.

There is insufficient information to be able to identify Edward Saul. 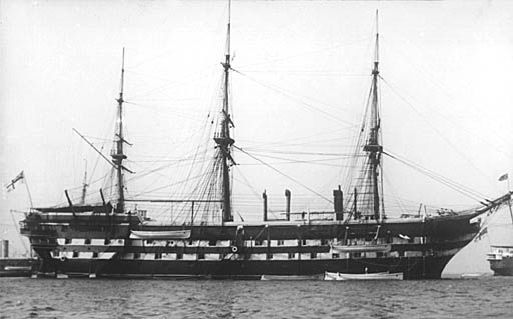 HMS Boscawen in 1905 on which Edward Saul served

At Warwick County Sessions in January 1848 Harriet Saul was found guilty of stealing, at Leamington Priors, a gold watch and chain, the property of William Gill of Coventry. She was 24 years of age and sentenced to 6 months hard labour at the House of Correction. I am unable to identify Harriet.

James Saul was convicted of burglary at Lancaster Assizes, Liverpool in August 1861 and sentenced to 12 months imprisonment. Aged 20 years he, together with two accomplices, broke into the house of baker Richard Kenworthy of Cobden Street, Manchester and stole clothing. Forcibly entering the house at 4 o’clock in the morning they were seen leaving by Mrs Kenworthy.

Identity of James Saul is unclear but may be the James Saul aged 10 years on the 1851 census, son of Margaret Saul (a widow and lodger) at 42 Fisher Street, Toxteth Park, Liverpool.

Aged just 14 years John Saul stole the sum of 1s 3d, the property of Henry Bleasdale, at Chipping, Lancashire in 1843. He was sentenced to one month solitary confinement and to be severely whipped.

John was the son of Robert Saul and Mary Proctor and was born at Chipping. His father had died in the early part of 1841 and on that years census his widow Mary is the head of the household with a young family of five children to support ranging from the ages of fourteen to five. Next door lived the victim Henry Bleasdale.

In the April 2014 article I gave details of a John Saul who had been tried in 1879 for breaking and entering a warehouse. Despite being found not guilty he was nevertheless found on the 1881 census as an inmate in HM Prison, Winson Green, Birmingham At the time I did not have any details of his subsequent crime I can now give the reason for his incarceration.

He was tried at Birmingham on 4th March 1881 of breaking and entering a warehouse of David Pratt and stealing 70 gross of steel and plated thimbles, three dozen silver thimbles and one silver snuffbox plus one pair of trousers the property of Herbert Pratt. He was jointly charged with George Wilson and both men pleaded guilty. John Saul received a sentence of 9 months hard labour, three months long than his accomplice, seemingly because he had a previous conviction.

He was the son of a John Saul and his wife Mary both of whom had been born in Horley, Oxfordshire before moving to Birmingham where father John was a green grocer.

At the Middlesex Sessions in 1863 John Septimus Saul was convicted of keeping a disorderly house at 32 Windmill Street, Haymarket. He was charged jointly with Francis Jackson and Mary Wood. Saul received a sentence of 12 months imprisonment and a fine of £100, remaining in prison until the fine was paid. Wood and Jackson received three and two months imprisonment respectively. Saul was said to be the keeper of no less than 10 disorderly houses in the same neighbourhood, all of which had been shut since the prosecution commenced, on which account the sentence was less than it would otherwise have been.

John Septimus Saul was born in 1807 and baptised at the Burghwallis Catholic Church, Yorkshire on 18th March 1807. His parents were James Saul and Ann Cawood. His name implies that he was the seventh child but we have only been able to identify five previous children. He must have moved to London prior to 1831 as on 13th December of that year he married Mary Bailey at the Old Church, St Pancras. He had 5 children and died in 1864 in the Clerkenwell area. 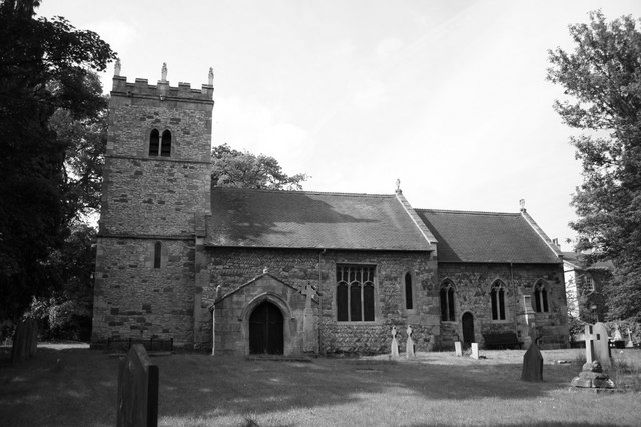 Mary Saul was tried at the Old Bailey on 29 November 1841 of stealing one medicine chest value £4, a bank note value £5 and a half sovereign the property of John Ladd Howard from his dwelling house. She pleaded guilty and received a sentence of 6 months in the House of Correction. She was 22 years of age at the time of the offence. Not enough information to make an identification.

In February 1841 Mary Saul who had been employed as a cook in the household of Mrs Colman of Rampant Horse Street, Norwich was brought before the Norwich magistrates charged with robbing her mistress of several items of wearing apparel and a piece of silk about one yard and a quarter. She claimed that she had bought the silk from a Mr Towler but on being called he denied that he had sold the silk to her. She was committed for trial. At her trial she was found guilty and sentenced to two months imprisonment. She was 22 years of age and stated that she came from Cawston, Norfolk.

Richard Saul and his wife Sarah

Richard Saul and his wife, together with others, were summoned for committing a violent assault on Benjamin Newton on 5 October 1879, a landlord of the Gordon Street Tavern, Preston.  It appears that a confrontation took place between the parties in the street when Newton set his bull dog upon a little dog owned by Saul. Saul admitted that he had struck Newton several times and it appears that Mrs Saul had also joined in the fracas. The police had not thought fit to apprehend the defendants for a public offence so Newton had brought the proceedings as a private prosecution.

At the trial the chairman held that Mrs Saul could not commit an assault in the presence of her husband, because she would do it under his direction. Her husband was her master and would order her what to do. She was therefore discharged.

Richard Saul was ordered to pay a fine of £10 and the costs of the prosecution, and in default would suffer three months imprisonment.

Richard must be Richard Ainscow Saul who married Sarah Ann Catterall at Preston in 1873. On the 1881 census they were resident at 160 Havelock Street, Preston. The household included a boarder William Catterall (aged 19 years) who was one of the other defendants in the trial, albeit he was discharged.