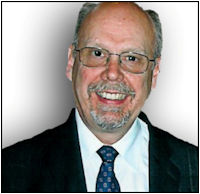 I recently heard from author Nick Planas who wrote:
‘I was interested to read your Solly family history in the Essex FHS March 2018 edition, which I confess I’ve only just read.
I have, since 1983, tried to trace very one of my children’s ancestors, and on my maternal side I have a 6xGt Grandmother, Sarah Doughty, nee Solly, who was the wife of the landlord of the Rodney Inn in Garlinge (near Margate, Kent) in the 1800s. She died, still in charge of the Rodney, in 1875, having been born in 1800.
Her parents were Michael Solly and Sarah Godden and they were married 28th August 1792 in St. John’s Margate.
Their children were all baptised at Margate:
Thomas bp 6 Jan 1792 (extremely premature! – hmmmm!)
Stephen bp 3 Dec 1797
Sarah bp 7 Mar 1800 (my 6xGt Gmother) d 25 Jan 1875 – I have her will. She m William Castle Doughty
John bp 3 Sep 1802
Mary bp 28 Apr 1805
I have not been able to trace them further back, but I was interested to note that you have traced your family back to the 15th century in Kent and wonder if you have any knowledge of the branches that stayed in Kent?
Back in 1979 I worked briefly at a car hire firm in London and an elderly retired gentleman named Royston Solly (from Essex) used to come and drive for us on a casual basis – sadly that’s all I remember about him as I felt he had an unusual Christian name…’
My reply to Nick:
Dear Nick,
I have now done some research but not come up with much. Here are some random facts that could relate to your tree:
Michael Solly was born before 1776
Stephen Godden married Mary Solly, 24.12.1808
Sarah Solly married William CASTELL Doughty at St.Johns 22.11.1823
John Richard Solly 1833-1912
m. Dec.1855 Caroline Doughty 1833-1889. Siblings of JRS include William 1840- and Henry 1848-1855 plus others.
Stephen Solly married Mary Doughty 16.07.1696
All these are Margate entries, all St.Johns I think.
In common with small communities there was much marrying between the same few families, in your case: Solly, Godden and Doughty.
It’s worth you investigating the above to see if you can get your line further back.  Sorry I couldn’t provide you with something more concrete.
Nick’s book is entitled Distant Vengeance and is available from Amazon.co.uk It combines his two favourite topics of genealogy and railway history. Worth a look at!

We also heard from Marguerite Tuffs who wrote:
I’m not sure if you can help at all but I am stuck tracing a branch of my Solly family tree. quite an important one actually!
My dad was Leonard Cecil Solly (1924-2018)
His dad Cecil James Solly (1903-1945)
His dad Alexander Thomas Solly (1864-1903)
His dad was John Richard Solly.
This is where we are confused as we cannot definitively prove if John Richard Solly was either born in 1832 or 1834. There is one born 1832 who married Caroline Doubty in 1855 but also a John Richard born 1834 who married a Florence.
Separately I am also trying to figure out why the surname SAYER pops in and out of the family tree?
Tracing William and Sarah Solly’s tree (Garlinge) on the 1861 census, they are living with their 4 children aged 6 years and under but also shows a Henry SAYER aged 17 listed as ‘son’.
Indirectly I notice that Richard Solly (1810-1874) married a Mary SAYER (1808-1883) in 1834.
Richard Solly was the son of John Solly and Jane Beale who married 1799. Their children I note also have an Edward SAYER SOLLY (b 1808)!
I hope I’ve explained this clearly enough! Any information gratefully
My reply:
[Ed, as you will see some these people are also potentially on Nick Planar’s tree.]
I’ve done some research and feel that the following is probably your line: