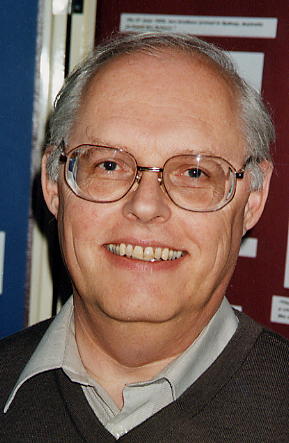 I would like to welcome new member Katie Blythe. She wrote:
I am researching the Solly family of Ramsgate (and surrounding areas). My husband (and daughter) is descended from this line. His great-great grandmother was Louisa Annie Solly, who married Percy William Gray and later James Tyler. She is the daughter of Edward John Solly and Harriet Ann Butler. I have some photographs of family, and in the near future I will hopefully be interviewing Ronald Gray – my husband’s grandfather and Louisa Solly’s grandson – about his memories of the Solly family. I would be willing to share any information I can gather about the family with the society in the future.
Unfortunately we have found no record, other than Louisa. She continued:
Additionally, I wanted to ask if any research had been done into the identity of William Solly, convicted and then released by a mob after the Ramsgate Fishermen’s Riot of 1838
Unfortunately we are unable to help Katie with the identity of this William Solly. If anyone knows who he is or is able to let us know more about the Ramsgate Fish Riots we would be pleased to hear from them.
A detailed report of this riot can be found in the Dover Telegraph 13 July 1838:
This town was on Monday thrown into a considerable state of excitement, in consequence of the conviction of several fishermen for hawking fish about the streets. John BUCKLEY, Henry RIGDEN, William SOLLY, William NAIRNE, James BUZZY, William GOLDSMITH, Charles KENDALL and two others (some of whom had been before convicted) were brought before the sitting Magistrates charged by Sergeant CLARK and Police Constables BILLINGS, BRADSHAW and JENKINS, with hawking fish within the streets within the parish. Each defendant admitted the charge, was convicted in the mitigated penalty of 1s. and costs or imprisonment, varying from 8 to 16 days.
After the public business was disposed of, and while the commitments for the prisoners were being made out, large numbers of persons, principally consisting of Torbay fishermen and women continued to assemble before Hubbard’s room, the building appropriated for the use of the Magistrates and the commissioners during the erection of the new town-hall where the prisoners were confined. Every minute brought an accession of the numbers, until at about 3 o’clock the mob had increased to nearly 1,000.
At this time a pair-horse fish van had arrived for conveying the prisoners to Sandwich gaol, when a rush was made at the vehicle, and its progress immediately arrested. The prisoners then made their appearance at the windows, and called upon the mob to rescue them, to which they were energetically urged by the concourse of women assembled. This was the signal for action. The mob surrounded the van, and literally carried it some yards from the building. This was followed by uproarious huzzas, and cheering with the destruction of every window in the building. The police, comprising 7 or 8 men in all, now made their appearance outside and endeavoured to disperse the mob, when they were assailed with showers of stones and other missiles and were soon compelled to retreat within the building. A simultaneous rush then took place at the doors, which soon gave way to the superior force arrayed against them, and the above prisoners, accompanied with three others names BUCKLEY, BISHOP and SIMMONDS (committed for an assault on Maria ATKINS) made their escape amid the most deafening cheers of the mob. They then proceeded, followed by an immense concourse of persons, through Harbour Street, towards the Pier, and in their route, halted at several of the commissioners houses and commenced groaning, hissing, etc. and using the most opprobrious epithets towards them.
A sad destruction of window glass has been made at Ellis’s in High Street and Karn’s house in King Street has been nearly demolished. How far this violent conduct will go cannot be surmised, as the mob increases, and several of the new “popularly elected” commissioners are dreading their threatened visit.
As yet the rioters are not in custody, nor does it appear that any steps are taken by the Justices, with the exception of one, for haranguing the populace, from several corners of the streets this evening, which has caused considerable excitement and alarm. The shops in Queen Street are closed and great is the fear that some very serious affray may occur. The police, with the special constables, are on duty without intermission, assisted by the police from the Royal Harbour and the Coast Guard Force.
On Thursday, a detachment of the 11th Dragoons arrived from Canterbury. A meeting of the inhabitants was held at Hubbard’s Rooms when it was agreed to request the commissioners under the Ramsgate Act not to lay any further information, and a majority of the commissioners being present, who concurred in this resolution, a requisition for a special meeting was signed to forward such object, which it is to be hoped will prevent a recurrence of such disgraceful proceedings.
[Ed: I googled Ramsgate Fish Riots and found a little more detail. The Ramsgate Improvement Act had just been passed which made it an imprisonable offence to sell fish in the street as it was considered a ‘nuisance’. William Solly and fellow fishermen continued selling fish which led to their conviction. Following the riot the commissioners decided not to enforce their powers as a result of the public outcry]