We continue with Norman Smiths memories of his time growing up in Ramsgate during the WW2.

Like most families with a garden we had been supplied with an Anderson shelter. We made little use of it. My father declared that he would prefer to die in his own bed and whether on a day or a night shift was true to his word, always retiring to his upstairs bedroom. My mother, sister and I also slept mainly indoors, with a shelter constructed of furniture placed along the party wall. I can remember only one occasion when Mum and I used the famous Ramsgate air raid protection tunnels for shelter. The unfamiliar light and smell lingers in my mind. 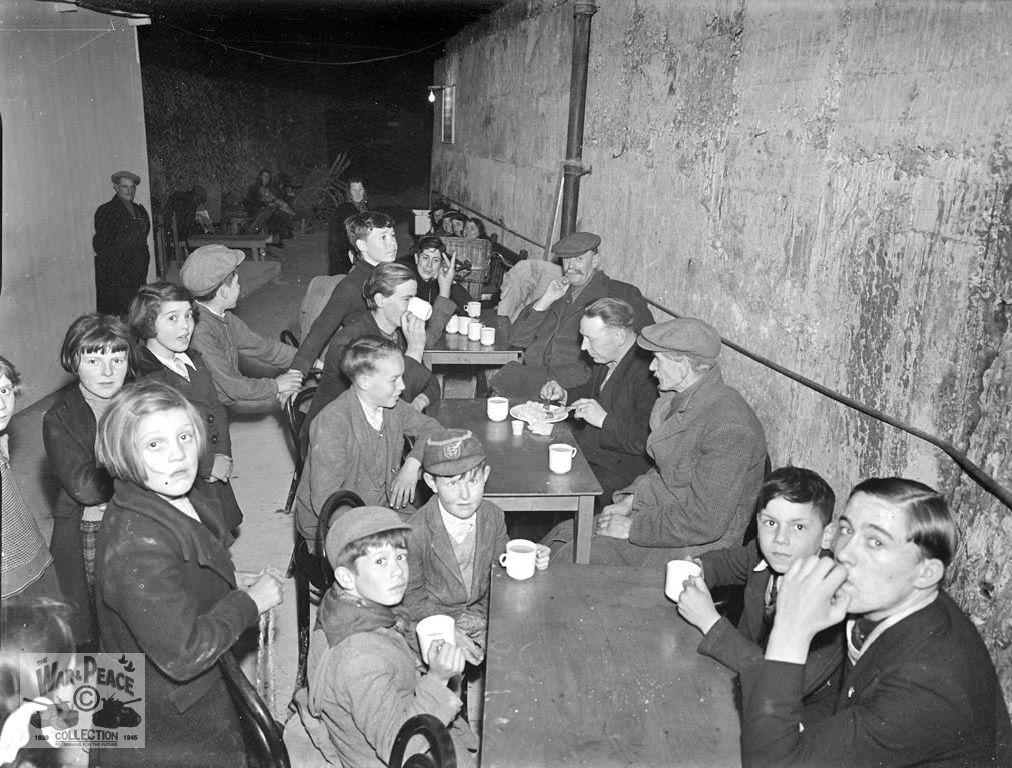 Sheltering from air raids in the Ramsgate Tunnels system

With thanks to Ramsgate Tunnels Heritage Project

It was probably the events of the Battle of Britain which convinced my parents to move house. Lorina Road was only a few hundred yards from the attractive target for the Luftwaffe of the Margate Road railway viaduct and not much more than a couple miles from a much more desirable objective  RAF Manston.  With the majority of Ramsgates civilian population evacuated, there was no shortage of alternative accommodation. So probably at the end of 1940 or in early 1941, we moved to the Margate Road.

After the closely packed and dramatic events of the summer of 1940, it is more difficult to attribute many other wartime memories to a specific year. Some of those for which I have no idea when they might have occurred and which are not possible to verify from external sources, I record at the end of this memoire. However, there is one memory I can definitely place in 1941  that of hearing on the BBC that Hitler had invaded Russia (on 22nd June). I also always knew from what my mother told me and from their photos in our home that two half sisters of my mother had been killed in the London blitz as a result of a direct hit on a street shelter in Lewisham, which also left my step-grandmother with a broken back. They were Elsie Solly (aged 22) and Ethel Solly (aged 17). A third half-sister and her baby escaped serious injury. I now know from various researches that this took place in May or June 1941. My mother also lost a cousin. He was in the RAF and was drowned during a training exercise in Northern Ireland, probably also in 1941. Later in the War, another cousin received a bad shrapnel wound in the shoulder while fighting in Italy. 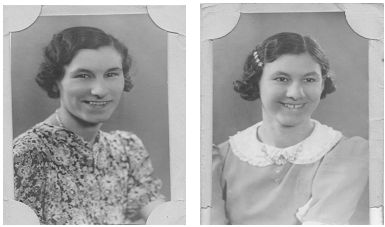 By 1942, sufficient children had returned to Ramsgate for schools to re-open and I started my education at Dame Janet Infant School in the Newington Road in that year. En route to school we boys searched for and sometimes found pieces of shrapnel. I also attended Sunday School though I do not recollect where. It is always possible that the shrapnel originated from a stray shell which I saw demolish a bungalow whilst playing outside. We were not yet familiar with shelling from France and as there was no obvious activity in the air, my mother asked the local ARP warden what had caused the explosion. She was told it was a stray shell from a naval action in the Channel  an explanation greeted with suspicion. Nevertheless, it was quite probably true and as I now know happened on 20th March 1942 (Humphreys, p. 174)1. Enemy shelling was feared more than air raids because it came without warning.

I remember standing one night on our back steps watching a red glow in the distance. I believe I was watching Canterbury burn in the heaviest of the so-called Baedeker raids [Ed: so called because German propagandist Baron Gustav Braun von Stumm is reported to have said, “We shall go out and bomb every building in Britain marked with three stars in the Baedeker Guide”], early on 1st June 1942. Next day, my father and brother (now back in Ramsgate) cycled to Canterbury to offer their help but were turned back before they reached the city proper.

Our last year as a whole family in Ramsgate was 1943. Early in 1943, my father and brother were transferred to the Southern Railway locomotive depot in Reading. My mother, sister and I remained in Ramsgate until October. Reading was a grossly over-crowded place, being considered as a safe location for evacuees and others. There was no accommodation for my father and brother, let alone the rest of the family, and they were reduced to sleeping on the floors in the houses of other railwaymen. My father was less concerned about this than the fact that his wife and two younger children were exposed to much more danger from enemy action than he was. He gave the powers that be an ultimatum  find the family a house or he would desert his post and return to Ramsgate. As a result he was threatened with imprisonment, to which his response was to point out that this would both increase the prison population and also deprive the railway of an engine driver, neither of which would assist the war effort. His tactic worked and a house was found for us all on the outskirts of Reading.

Much else happened in 1943. For a start I well remember the morning of Tuesday 26th January 1943.  I was at the breakfast table at the back of our house reading a comic (either the Beano or the Dandy) when a German aircraft, clearly visible to me by virtue of its low altitude, dropped a bomb on Coleman Crescent, which lay behind our house, though fortunately not directly. Its explosion was accompanied by a great cloud of dust and smoke. My father and brother, who had been in bed after a railway night shift, scrambled into their clothes and rushed down to help. There was little they could do. According Humphreys (p. 183)1, four houses had been demolished, 10 more badly damaged by blast and 150 others less extensively damaged. Two people were killed and several others injured. Humphreys1 noted:

People rendered homeless were quickly accommodated by neighbours, including eighty-seven-year-old Mrs Solly, whose ceiling had collapsed on her.

This was true as far as it went, but sadly, the trauma had proved too much for the old lady and she died a few days later and I have always considered her as a war casualty. She was Mrs Harriet Solly, though known to me as Grandma Solly, and was actually my great-grandmother. She and one of her daughters had left Ramsgate during its mass evacuation in 1940 to seek refuge in the Potteries. Two years later, when the danger of invasion had passed and bombing much reduced, they returned to take up residence in Coleman Crescent, their house being within sight of our own a short distance away in Margate Road. It turned out to be an unfortunate decision. 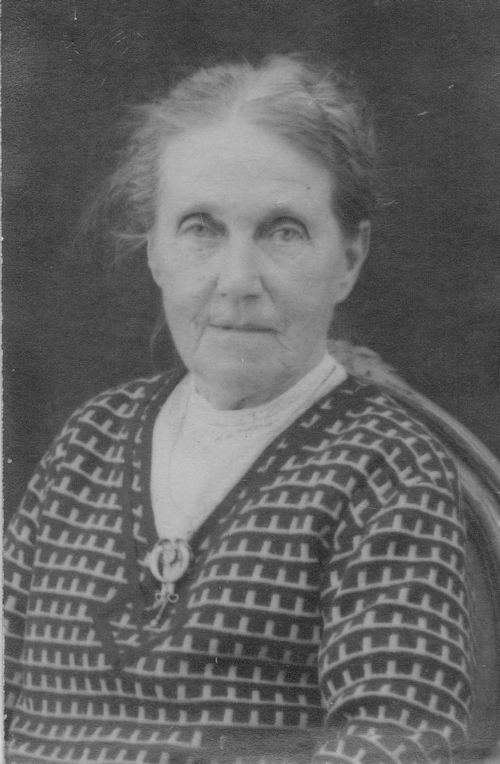 I have a vivid memory of standing at the junction of Ramsgates Winifred Avenue and Margate Road watching the passing of her funeral cortège. My only other memory of her is as a small old lady dressed in black giving me sixpence.

If that was my saddest memory of 1943 in Ramsgate, it certainly was not the only notable one. Incredible though it may seem, I have a distinct recollection of, on 14 April, walking round and round our back-garden Anderson shelter, thinking that now I was seven, it was time for Mr. Churchill to step aside to allow me to take on the role of Britains supreme war leader!