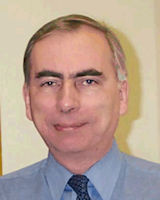 Welcome to new members Joanne Griffin and Marianne Blake.
In the August journal I mentioned the correspondence I had had with Andrew McIlvaine who was researching the name of Sawhill on behalf of a descendant of Alexander Sawhill (1777-1837). Joanne is that descendant. Joanne and Andrew have written an article about the family which appears elsewhere in this journal. To try and establish the family tradition that Sawhill was a phonetic spelling of an unknown name (possibly Saul) and the immigrant family came from Ireland, they have undertaken the DNA testing.
Marianne Blake’s great great grandmother was Elizabeth Saul (1838-1916). She was baptised on
7 January 1838 at Holy Trinity, Whitehaven and married John Birkett in 1856. The baptism entry gives her parents as John Saul and Mary Ann. Many online pedigrees give the parents as John Saul and Mary Ann Parkin however I have long held the view that an incorrect marriage has been identified. The marriage of John Saul and Mary Ann Parkin took place at St.Bees in 1825, however other records show that by that time John and Mary Ann of Whitehaven had several children by then. My preferred marriage is the one that took place at Hawkeshead, Lancashire on 26 January 1817 between a John Saul and Mary Ann Preston. The Hawkeshead baptism register records the baptism of a William Saul on 25 May 1817 to a John and Mary Ann Saul and all of this fits in perfectly with the Whitehaven family