This article was published in the April 2021 edition of Soul Search, the journal of The Sole Society 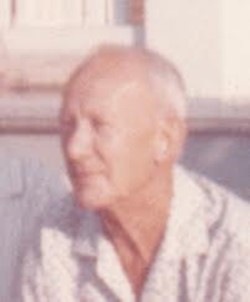 Alfred and Alice settled in the Maisonneuve district of Montreal. Maisonneuve grew rapidly between 1896 and 1915 and became of one Canada’s largest industrial slums, commonly known as the Pittsburgh of Canada throughout the early 20th century. These factories hired many workers, including immigrants and people from the surrounding countryside. They worked in the shoe, textile, tanning, slaughter house, tobacco, food, and shipbuilding industries.
In 1909, Montreal was in the midst of yet another epidemic of Typhoid Fever. Typhoid fever is caused by certain types of Salmonella bacteria and typically causes a high fever, abdominal pain, and often death. Typhoid is commonly contracted through the ingestion of contaminated water. Montreal had periodic episodes of Typhoid for many years, in 1909 contaminated milk was also a source of the disease.
While periodic outbreaks of typhoid were nothing new to Montreal, the severity of the situation at the end of 1909 was. Conservative estimates placed the number of instances in December of that year at 3000. At the beginning of that same month, it was reported that the five public hospitals (Royal Victoria, Montreal General, Western, Hotel Dieu, and Notre Dame) were, by then, no longer in a position to accept any more typhoid fever patients, their wards being already filled with nearly 200 cases in all. This caused great hardship in the poorer parts of the city where the disease was more prevalent and families were finding it difficult to care for patients at home.
It is reported that on December 31st a group of leading citizens gathered at the home of T.A. Starkey, professor of hygiene at McGill University, to come up with plans for a temporary emergency hospital to deal with the crisis.
Several different buildings were offered by leading industrialists for the hospital but it was decided that a vacant Northern Electric factory, constructed in 1891-1892, on Rue de l’Aqueduc would be best. Northern Electric donated the building rent free for the first three months of the 1910.
Volunteers, both men and women, generously came forward and furnished the necessary labour to prepare the building for its first patients. Men from both the Prince of Wales Fusiliers and the Victoria Rifles cleaned, renovated, sprayed, and whitewashed the interior walls and ceilings. Sinks and faucets were installed, partitions raised,
Supplies such as mattresses pillows and sheets, ice bags and hot water bottles were supplied by local companies and heating coal by various fuel dealers. Doctors volunteered their services, the Victorian Order of Nurses supervised nursing care and it was understood that Montreal’s Archbishop Paul Bruchesi would commit nursing sisters to the project.
Unlike many of Montreal’s institutions during the Edwardian Period, the Emergency Hospital was entirely non–denominational, open to ‘all creeds and nationalities’, and patients were not charged for treatment.
On Tuesday, January 4, 1910, just four days after the meeting at Professor Starkey’s house, the Montreal Emergency Typhoid Hospital opened its doors and received its first patient. Alice Sole, 25, living at 1400a Des Erables Street was brought to the facility, accompanied by her husband, Alfred. Practically delirious from disease, she was unable to speak:
The time was a quarter past five. It was Mrs. Sole of 1400a Des Erables Street. Mr. Sole came out a year ago from Mile End, London. As keeper or janitor he was able to take charge of a building doing what was needed in carpentry, painting or window repairing: after he had been here nine months his wife, leaving their only child* in the care of her parents, came to help him build up the house they had set their hearts on: but although Sole is a good and adaptable workman with excellent references, the best he has been able to do has been occasional laboring work and his last pay received nearly a week ago was $10.46 for a fortnight’s work at concrete mixing. “Not enough” he remarked, “to keep a sick wife with.”
For nearly an hour he sat beside her holding her hand and comforting her and although the poor woman was too ill to reply, the light in her eyes showed that she understood.”
Mr. Sole immediately issued a written statement thanking the temporary infirmary for taking in his suffering wife
Montreal Star Jan 04, 1910.
Alfred Sole’s written statement reads:
To the Ladies and Gentlemen of Montreal who have made this possible on behalf of my suffering wife I thank you, Alfred Sole
[*This is inconsistent with Terry’s belief that Alice travelled to Canada with the youngest of her two children leaving the eldest with her parents. Terry writes: Alice Sole at the time of her hospitalisation had two sons. I believe, Albert was born in London but may have been born in Canada. I have found no record of him other than a mention in the 1911 Canadian census that said he was two years old and born in England. Family lore says he died, in Montreal, as an infant. Their older son, Alfred George, was brought by his grandmother to Montreal in 1921 at age 14.]
Other patients, equally ill and equally poor, quickly followed, such that by noon the next day there were 16 admissions while at the same time another 30 were waiting for ambulances to transport them to the Hospital. Within a week, there were over 100 typhoid patients being treated.
Nevertheless, by the middle of January 1910, the epidemic was already beginning to show signs of abatement, even though there had been 20 deaths attributed to the malady in the second week of that same month. Typhoid had become a regular autumnal visitor to Montreal, the creation of the ‘Citizen’s Hospital’ (as the Aqueduct Street facility was sometimes called) seemed to be chasing away the typhoid epidemic.
Bottled water manufactures used the epidemic in their adverts to encourage residents to buy their safe water but as a direct result of the typhoid epidemic the City of Montreal built the Atwater Water Treatment Plant to ensure clean water for city residents.

Alfred and Alice SOLE were my paternal grandparents. Alice recovered from her bout of Typhoid and went on to live a full life. She died in Montreal in 1931 aged 47 after raising a son (Alfred George) and two daughters Florence and Kathleen. Alfred died in Montreal in 1975 aged 90.
Acknowledgement: My sincere thanks to Mr. Robert N Wilkins of Montreal.